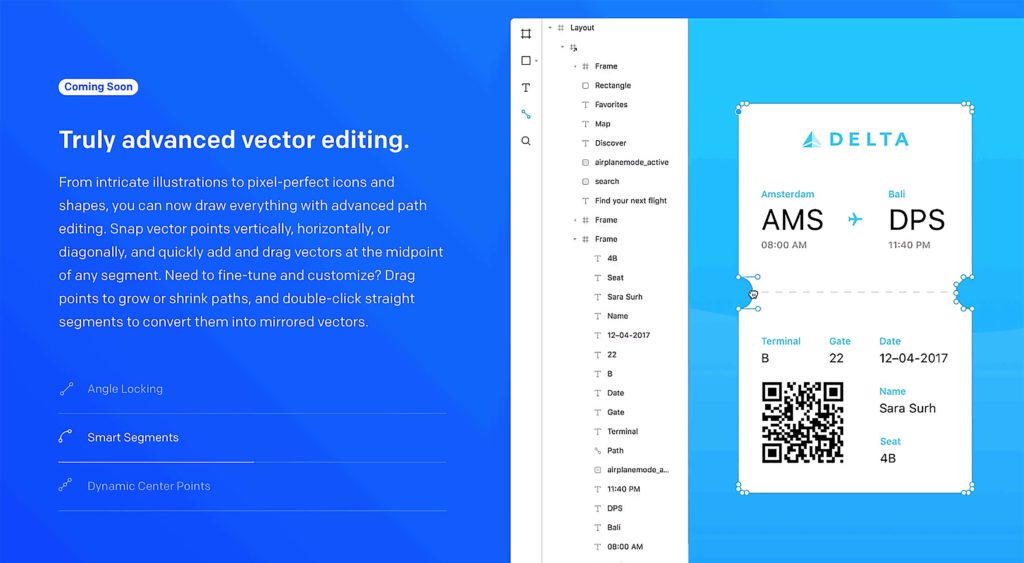 Framer is known as a prototyping app, but in an unexpected move they have just announced the launch of a fully integrated, visual design tool.

Aimed at creative professionals, the new Framer is designed to rival established options including Creative Cloud and Sketch, new kids on the block Affinity and Figma, and is timed to steal the thunder of InVision, whose own much heralded design app is expected next month.

We’re betting on something that our competitors aren’t — that designers will want a tool which does both high-fidelity design and prototyping.

Framer claims that this latest release makes it the first prototyping app to fully consolidate the entire designer toolkit—at least for screen based design.

The new app allows you to design everything from icons, through to hi-fidelity interactive mockups. Unlike some competitors, who are promising the moon in 2018, you can use Framer’s design tool now. The not unfamiliar interface is simple to use, and initial reactions have been broadly positive.

Framer’s approach has been a little…interesting, to put it succinctly. They have integrated AI [facepalm] so that you design something once, and Framer ‘intelligently’ reshapes and resizes the design across any device. I’m not saying this is a dubious approach, I’m not saying that responsive design is about more than making shapes fit a viewport, I’m not saying that this goes against a mobile-first methodology; I’m not saying any of that because we should be positive about any new tool that people have worked hard on.

Perhaps the best news for designers is that the tool is being released at all. We all saw the stagnation in design apps—and the corresponding impact that had design work—when Adobe was the only player in town. The more companies are forced to compete to win your custom, the better the tools on offer. It seems that 2018 could feature a design tools ‘space race’, with a dozen or more developers vying for an established slot in designers’ workflows.

Framer’s evolution into a full design tool, is on the one hand ambitious, and on the other inevitable. Framer won’t be talked about as an Adobe killer, it’s a different beast altogether; it may be that designers anticipating InVision’s new tool are tempted away. A creative process is a very personal thing, some designers will love Framer, others will not; it’s always nice to have a choice.

Framer is available now as a 14 day free trial, plans start from $12 per month.