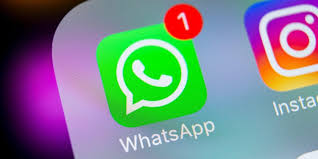 It has been discovered that search engines, including Google, are indexing invites to private groups on WhatsApp.

A journalist named Jordan Wildon made this discovery and shared the following information on Twitter:

“Your WhatsApp groups may not be as secure as you think they are.

The “Invite to Group via Link” feature allows groups to be indexed by Google and they are generally available across the internet. With some wildcard search terms you can easily find some… interesting… groups.”

Any link to a WhatsApp group that was shared outside of a private message could be found in Google. Users could follow the links to join the group.

The fact that the links were, at some point, shared publicly is what lead Google to indexing the content in search results.

“Search engines like Google & others list pages from the open web. That’s what’s happening here. It’s no different than any case where a site allows URLs to be publicly listed.”

Sullivan also noted that there are tools available to block content from being listed in search results.

Suffering from fewer conversions for the same ad spend on your Google Ads?
Your ads might be getting click fraud. Check if you need to protect your ads from competitors & bots. Simple setup. Start your free checkup today.

It appears that someone from WhatsApp must have utilized said tools, as the thousands of links to WhatsApp groups have since been removed from Google. While these links have been removed from Google, they’re still available to be found in search engines like Bing, DuckDuckGo, and others.

Apparently, this issue has been going on for months. It wasn’t until an article was published by Vice that any action was taken.

To be sure, only WhatsApp is responsible for this issue. Search engines are going to crawl and index what is publicly available, so this is not the fault of Google or other search engines.